Californian serial killer, Silas Duane Boston, was eventually arrested December 2016 after 48 years on the run thanks to the outstanding collaborative work of the Greater Manchester Police Cold Case Review Unit, the US Department of Justice for the Eastern District of California, the Federal Bureau of Investigation (Sacramento Field Office), the Sacramento Police Department and Interpol. Without their exemplary work and unstinting dedication, the case would never have been solved.

Here’s the investigators’ thoughts on the case:

"I have always felt a personal connection to this case, not just as an investigator, appreciating the horror and brutality of these murders, the physical suffering they endured, the perpetual mental torment of their loved ones, but also, a deep empathy as a contemporary of the victims. I attended the same school as Chris and joined Greater Manchester Police (GMP) as a young graduate only a month after Chris and Peta were last seen alive.

The very purpose of GMP’s Cold Case Review Unit is to continually review unsolved crimes, to trace new or previously reluctant witnesses, and consider advances in scientific techniques to see if any such developments may lead to new lines of enquiry. 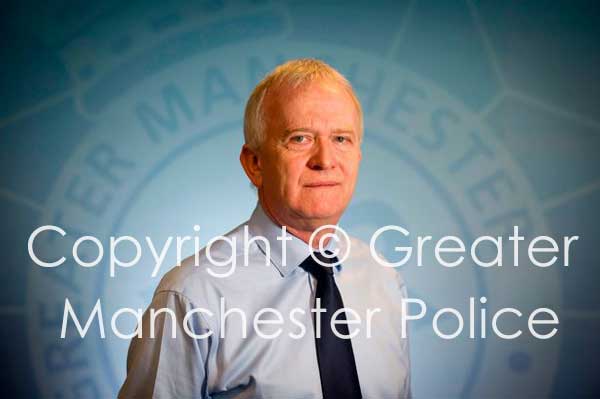 In this 38-year-old cold case it was the internet which acted as the catalyst for ultimately solving the most senseless and cold-blooded of crimes. In my 39-year career with GMP, this case has been one of the most fascinating and tragic that I have worked on.

All murders have an enduring impact on loved ones, but I have never before witnessed the gracious stoicism of a lady at the age of ninety-two, who has for almost four decades, at the same time grieved and been living in limbo, never knowing what really happened to her son. When we discovered the truth and the full horror of what happened on the boat, I was dreading narrating the events to Chris’s mum. However, I should not have been surprised at her bravery and her desire to know every last detail, no matter how hurtful. I felt privileged to be in her presence."

"When I got the call from Penny on 5 October 2015 about the murders of Chris and Peta, I was really pleased to have been the member of the Unit to pick up the telephone. There were two reasons – first, it was a fascinating case for me in that they were British people travelling in Central America, apparently killed for no reason whatsoever, and dating back to 1978, which was long before GMP recorded anything on computer. Second, because my heart went out to Penny and her family, trying to get answers after almost 40 years. And then, when they gave me the family’s file of what had taken place in 1978, and I started to read just how much Audrey and Charles had actually done to try and find Chris and Peta themselves, it made me think about when I was travelling and living abroad. Like Chris and Peta, I was in my twenties, and had I disappeared, that is exactly what my parents would have done: it made it more personal." 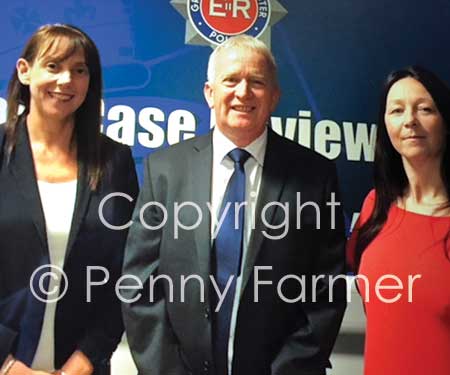 "I still laugh when I remember hearing Chris’s voice on the last cassette tape recording that he sent home, and which I transcribed. He spoke so animatedly of their travels and, in particular, when signing off, telling you what you could do with the books he had left for you to read, he seemed such a funny and entertaining character. Hearing his voice at a time which turned out to be so close to his death was particularly upsetting, as we now know what was to come. It made the listening all the more difficult and poignant.

Ambivalence sums up my feelings for this fascinating but very sad case, and Peta’s last written words are the definition of tragic irony. The fact that I got to meet Chris’s wonderful family was a privilege.

I am so sorry that you haven’t achieved the closure that we had all hoped for. I can’t imagine how as a family you have carried this with you all this time, and to have got so close to justice. At least we can say that Boston died in custody, safe in the knowledge that his time was indeed up."

My memorable and very special trip to California

In July 2017 I travelled to Sacramento to give my personal thanks to the American investigation team. I was stunned and honoured that Prosecuting Attorney, Matt Segal, had organised a surprise reception for me and following a short speech, United States Attorney for the Eastern District of California, Philip A. Talbert, presented me with a certificate to thank me for pursuing justice and a travel clock engraved with Chris’s name.

Presentation at the Robert T. Matsui US Courthouse,
Sacramento in 2017 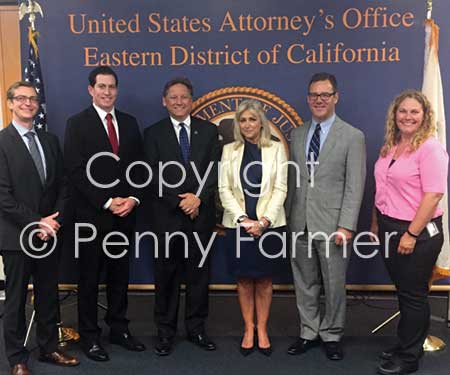 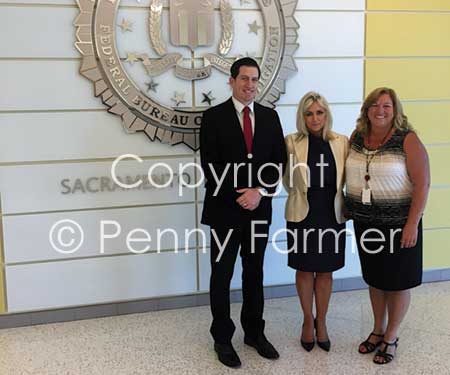 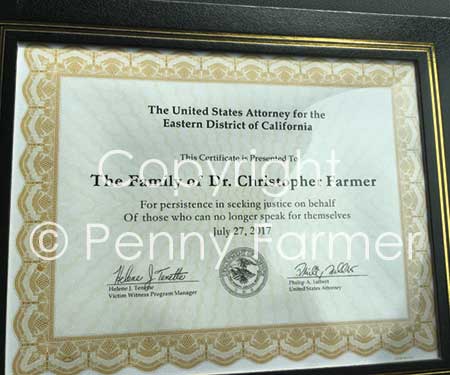 The certificate presented to me by the US Department of Justice. 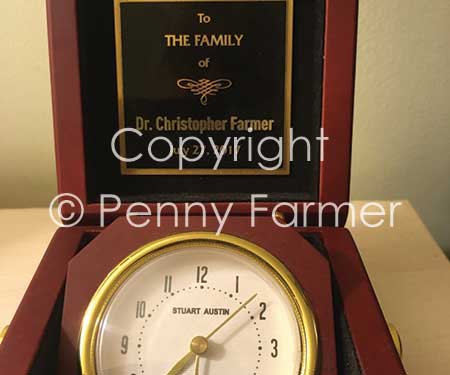 The timepiece in memory of Chris.

US Attorney Phillip A. Talbert of the Eastern District of California

"Although the recent death of Silas Duane Boston will require us to dismiss the case against him, that dismissal in no way reflects our view of the evidence gathered in the course of our investigation. We were prepared to present that evidence to a jury and to meet our burden of proof at trial. Our hearts go out to the victims’ surviving family members who were not able to see Boston brought to jury trial in this case. Nevertheless, we remain thankful that the hard work of our law enforcement partners allowed the allegations against Boston to be presented to a grand jury and brought to light in an indictment. We are particularly grateful for the persistent investigative efforts of the Sacramento Police Department’s Cold Case Review Unit, as well as the diligent work of the FBI and the Greater Manchester Police Department. The conclusion of this case in no way diminishes their hard work and commitment to justice."

"It took decades for this case to break, but then almost every unlikely thing that happened, promoted justice. The Sacramento Police Department obtained eyewitness testimony from the sons. The Greater Manchester Police recovered, from a retiree’s garden shed, photocopies of the case’s most important documents. The Federal Bureau of Investigation identified Americans and Guatemalans who had worked on the case in the 1970s and 1980s and found those witnesses alive and with good recollection.

Boston died having received full disclosure under the Federal Rules of Criminal Procedure. From that, I infer that the defendant believed what the prosecuting attorneys, Heiko Coppola, Jeremy Kelley and I believed: the investigators had done outstanding work, and, at trial, the government was ready to prove to a jury beyond a reasonable doubt that Silas Duane Boston, within the special maritime jurisdiction of the United States, cold-bloodedly murdered Dr Christopher Farmer and Peta Frampton.

I regret that we could not bring this 1978 Caribbean murder case to a conclusion, but I am also grateful that the Manchester and Sacramento teams together were able to take it as far as we did for the victims, their survivors, and the truth."

"This was, by far, the most interesting and complex case of my career. The innumerable twists and turns, moments of excitement, waves of disappointment and overall intrigue often proved at times as if a continual crescendo was building and the result would be deafening.

Silas Duane Boston was a fascinating, yet horrifying person, who led a life of death, destruction and doom. How the pieces of this beyond-mysterious puzzle fit together was amazing. Each piece was literally an integral component of the archetypal mystery that would baffle even the most seasoned of detectives. The nexus of ties, and how each came to fruition, simply astounded me! Case in point: the Farmer family reached out to Greater Manchester Police at the same time I was assigned the case and reached out to Vince Boston. Greater Manchester Police reached out to Interpol at virtually the same time that I did and two agencies, half a world apart, were brought together. The disappointment of Greater Manchester Police advising me they did not have jurisdiction was followed by the excitement of the U.S. Attorney’s Office saying they could prosecute this case. Again, as during so many other moments of this case, the sheer ebb and flow of progression and regression astounded me. But persevere we must and we did!

The collaboration between prosecutors and investigators that spread across three continents was incredible. The case could not have proceeded without evidence that had been gathered almost forty years ago. The disappointment of Boston dying was followed by the respectful elation of finally getting to meet the Farmer family.

It has been a true privilege working with such an amazing team of professionals and I say, with heartfelt feeling, that this investigative journey, with all its peaks and valleys, has been an odyssey and I am most grateful for having been a piece of the puzzle."

"I was asked by the U.S. Attorney’s Office to investigate Silas Duane Boston and immediately recruited FBI Special Agent Marcus Knutson out of our Sacramento office, who is an expert in cold cases and complex criminal matters. SA Knutson and I worked with Sacramento's Police Department Detective Amy Crosby and were able to use the expansive and wide reach of our FBI assets and partners around the globe to track down leads to help bring Mr Boston to justice.

Whilst Mr Boston passed away before he could face a jury of his peers, the Farmer and Frampton families were delivered some solace after Mr Boston was arrested. I will not forget the graciousness of the families who thanked us in person for helping them hold Mr Boston accountable for his alleged crimes." 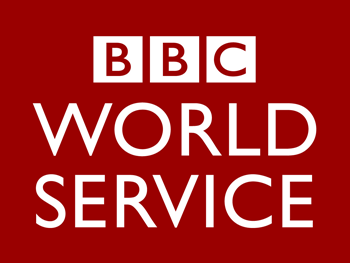 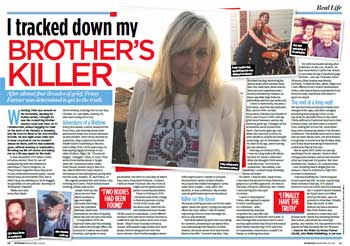 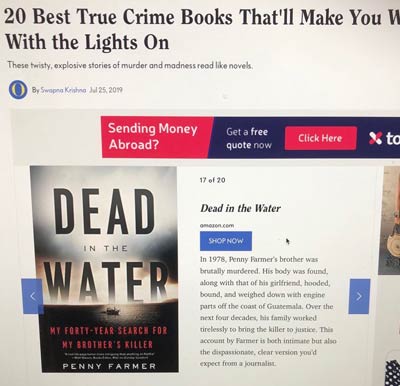 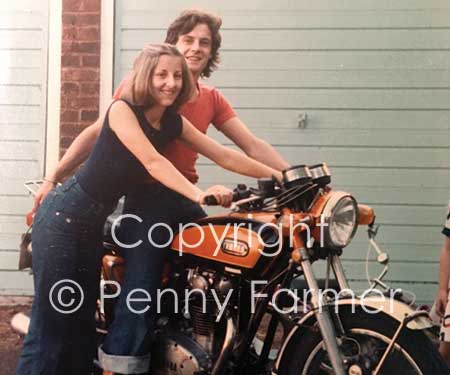 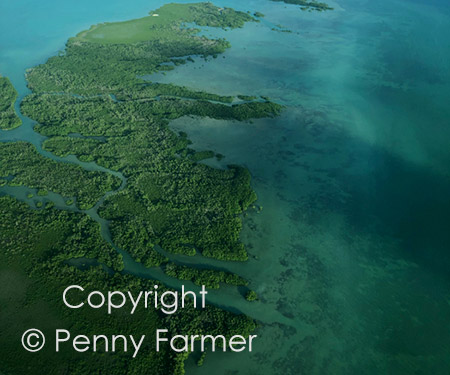 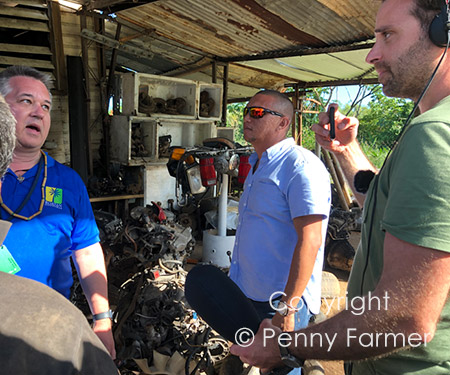 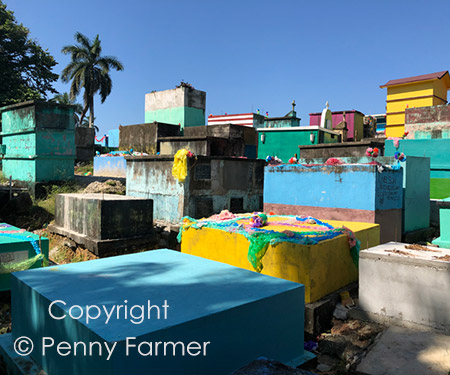 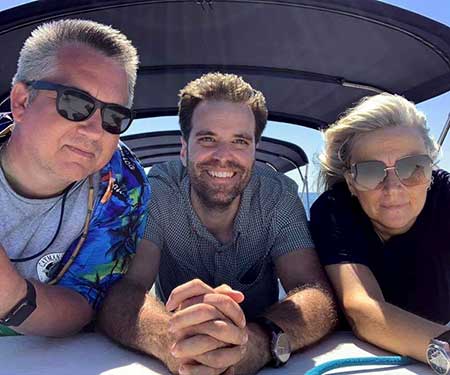 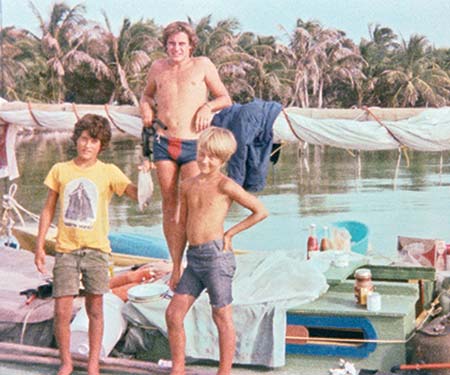 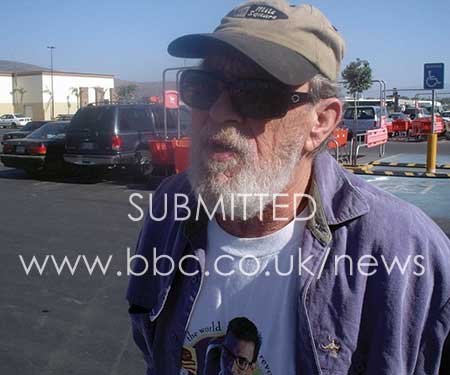 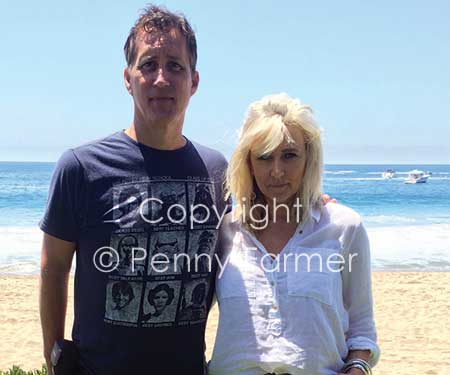